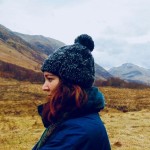 I knew I had to check out of my airbnb in Bangkok, but I STILL hadn’t booked flights to Siem Reap! With a few clicks and swipes on the phone, I landed some incredibly cheap, last minute seats to Cambodia’s ancient capital. Just as I put my phone down and took my first sip of morning coffee, it PINGS.

An email from AirAsia; ‘Because you booked this flight at this time, get 54% off on these Hotels bla, bla, bla’. I do Hostels not Hotels, I thought to myself, scrolling away.

One Hotel however, caught my eye. With its beautiful colours and outside pool surrounded by palm trees, I couldn’t help but give it a click. Before I know it, I’m booked into a double room for £12 a night. With two of us, that actually works out cheaper than most hostels we looked at.

Getting off the plane, we were greeted by a complimentary driver who welcomed us with a friendly smile and took us all the way to our Hotel called EOcambo l in the middle of Siem Reap.

What struck me first about Cambodia in comparison to Thailand, where i live, is how friendly and outgoing the people are. Their English level is also incredibly high.

At the hotel, we were greeted, given a map and an introduction to Siem Reap. He even told us exactly how much a tuk tuk should be from Pub Street (centre) back to the hotel. Our room was incredible, it also included a free breakfast. AND THE MINI BAR WAS FREE.

After the porter left, we jumped around, screaming at each other in disbelief. We look in our free mini bar and see two ice cold Cambodian beers just sitting there. Perfect!

This was the very day that we were introduced to Angkor Beer. We still talk about it now!

After chilling by the pool, we had many cocktails before eating delicious Khmer food at the hotel. We slept early that night as we had booked a sunrise tour of the Angkor Wat Temples the next morning.

4:30am (yes, you read that right) we were in the lobby, ready for our tour. It was raining and it continued to rain for the next 8 hours. We did get there in time for the sun to rise but couldn’t actually see it!

Our tour was still worth every penny though. Angkor Wat is one of the ‘New 7 Wonders of the World’ and it was just that. Wonderful.

The tour guide really knew his stuff and told us things you probably couldn’t find on the internet. We went to Angkor Wat, Angkor Thom and Ta Prohm (Tomb Raider).

As it turns out, the rain actually added to the atmosphere and I didn’t mind it at all. Besides, we are English! If there’s one thing we are accustomed to, it’s rain!

We got back at around 2pm and fell asleep until around 5pm. So tired!

Later on, we ventured towards the infamous ‘Pub Street’. This is the main tourist street in Siem Reap and where most of the hostels, travel agents, bars and restaurants are. I was delighted to find it nowhere near as outrageous as Kao San Road, it’s Thai counterpart. It was on Pub Street that i got a much needed pedicure…for $3!!

It’s a lively and buzzing place, but not somewhere to go for a ‘Cambodian Experience’. Prices, as we would discover, were almost double that of eateries and bars just outside of this area.

After an average dinner on Pub Street, we found a little alleyway, (of which there are many) with a really funky bar selling 2 for 1 cocktails all night…they were really good!

As we attempted to stumble back to our hotel, i heard ‘Holy Diver’ by Dio blaring out of a building somewhere. Josh and I love this type of music and scurried along the road trying to find where it was coming from…

That night, i went to my first ever Hard Rock Cafe!

It was brilliant and the live band played our favourite songs for around 4 hours! The best thing about that evening was the atmosphere, one waiter came and sat down with us, gave us some tips on where to go in Cambodia, we swapped life stories and then he went back to work! The staff were dancing and singing along to the songs, I loved the whole thing.

We wanted desperately to stay in EOcambo for another night as we didn’t feel we were done with Siem Reap (the original plan was to stay for only 2 days but we totally fell in love with the place). They were fully booked unsurprisingly so we booked into a super cheap hostel on the other side of town.

We decided to walk (stupid idea) in the searing midday heat with our huge backpacks on towards the other hostel, only to get lost because it had moved locations. A Khmer family happily gave us directions and we checked in.

The hostel worker was the best! So friendly and we had a long conversation with him about Khmer politics, language, history. He was super clued-up. He was training to be a tour guide so i think he appreciated the conversation practice.

The Khmer family that gave us directions owned a cafe called Kdeung Cafe and so out of gratitude, we decided to eat lunch at their place. It was incredible; the owner sat down with us and basically told us what we were going to have (there was no menu just 4 dishes). He then proceeded to talk us through where every ingredient came from and how you use it. Probably the most useful and insightful dining experience i’ve ever had! Also the cheapest. I think we paid around $5 for 2 – 3 dishes, and drinks. I don’t think they had ever had foreigners there because he was also taking pictures of us eating to use as advertisement (something you get used to as a westerner living in SEAsia).

As for the night market there; i think if you have ever been to anywhere in Thailand, Laos a European music festival, or even Camden Market in London, you’ve seen all of this stuff before. It’s simply rows and rows of the exact same clothes sold everywhere in the world. Only these should be cheaper, but they are not. Although you might think $5 for a skirt is reasonable, but it is in fact, quadrupled in price for the unsuspecting western tourist. Learn to haggle guys!

After relaxing and reading in a cafe for a few hours, we decided to carry on with the theme of the day and find a restaurant on the other side of the river, away from Pub Street. We came across the most amazing place!

It was called Pou Resturant; everything about it was honestly 5 star, apart from the price. The staff were so lovely and friendly (like with everywhere here) and the food was the best I had eaten in the whole of my 3 weeks in Cambodia! It was also one of the cheapest places we dined at… how does that work?!

As I reluctantly booked our night bus to Phnom Penh, I couldn’t help but feel a pang of sadness that we were leaving Siem Reap!

Our early morning activity was to go to the National Khmer Museum. It was only $4 or something but you really got a lot for it! The only thing i would suggest, is that you go to the museum before you go to the Temples, as it would have been an excellent source of context and background knowledge. Everything we read there we kind of knew anyway from the tour.

We asked the hostel to book us a tour to the nearby floating village on South East Asia’s biggest lake, Tonle Sap. Although the principle of a fully-functioning floating village was amazing to see, the whole thing is a huge tourist scam.

The tickets cost $30 each (WHAT?!?), and we were taken out on a boat, given a sob story about these ‘orphaned kids’ whom you need to buy super expensive rice for because they are starving. We were stupid enough to comply (I knew in my mind it was a scam but it was just ‘in the moment’). The rice is just shipped back to the shop. The Police, who run the scam, keep the money and the kids, who may or may not be starving orphans, get nothing. There was also an element of animal abuse too in the crocodile farm they took us to on the way back.

Wandering around the streets of Siem Reap, we came across this ‘Box Park’ a quirky little enclosement filled with small bars and bright colours. Everything was 2 for 1 or some amazing deal on drinks. After having a few drinks there, we ate some really great Mexican food nearby and went back to the hostel to wait for the bus.

The guy working at the hostel was sitting by the pool, having a few beers with a local (very drunk) Tuk Tuk driver and they invited us to sit with them. They shared their beers with us and chatted to us about the floating village scam. This is when we discovered an incredible secret! When you pull the tabs off the top of Angkor Beer cans, you can use them as free beer tokens! You just need to make sure there is a letter or a picture of a beer on it! It was an absolute game changer!

In exchange for the beers and invaluable information, we helped him with an English news article he had printed out to try to learn some more advanced English words and phrases.

Sadly, our bus came and we were off to explore the rest of the country!

On my journey through Cambodia, I have heard from many travellers that they thought Siem Reap was ‘boring’ or there was ‘nothing there apart from the Temples’. I am here to tell you that is not true! When you venture outside of Pub Street, (across the river), there is whole world of food and life that is half the price and way more of a ‘Khmer Experience’.

Out of all the places we went, Siem Reap was my favourite; i fell in love with the atmosphere, the smiles, the dogs, the food, but mostly, the people.

My name is Amy! I am a 25 year old music-nut traveling the world and writing about it. I am also nutty about coffee, dogs, beer, history, avocados… Currently in...Hua Hin, Thailand.

My name is Amy! I am a 25 year old music-nut traveling the world and writing about it. I am also nutty about coffee, dogs, beer, history, avocados… Currently in...Hua Hin, Thailand.