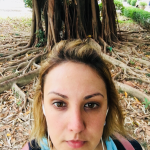 If you’ve never been to China or stayed long enough you’re probably wondering what the hell is a “Dragon boat festival”(or hey maybe you heard about it anyway). Well this festivity in China is celebrated on the 5th day of the 5th month according to the Chinese calendar and this year the date for this holiday was 18th June(they know better how to calculate this) but it the great thing about this is that it was on a Monday so yey for the long weekend!

Story says that a cadet named Qu Yuan serving the Chu royal house was exiled accused of treason and opposing the new alliance of Chu with Qin. In his exile Qu decided to end his life by drowning himself. As people admired him so much of his talent for writing poetry they rushed in their boats to save him(thus the South of China holds what they call the dragon boat race) and threw balls of sticky rice so the fish would eat those instead of Qu(thus the reason why Chinese people make and give away as gift sticky rice dumplings called

The zongzi comes in different shapes and sizes especially the triangle shaped one as it looks nicer. The one in the picture is the more rough one let’s say but tasty as hell. I don’t really like the sweet ones but the salty ones contain meat, bean sauce and sometimes a couple of peanuts. Definitely a must try if you come to China and you happen to do it around this festival.

But unfortunately I haven’t decided to see the dragon boat race festival but instead thought that it was high time I visit the great Beijing. And I have to say it was worth every penny and every minute spent there.

You know how I tell you that I always travel alone, this time though I was lucky enough to have a local guide 😁. One of my students was kind enough to spend all the three days driving me around Beijing and especially accompanying me to the Great Wall. Obviously I am not saying you should follow my example but it definitely eases your trip. Expect to meet in China- if you are staying a longer period of time- all kinds of people: rude, uncivilized, amazing, smart, highly educated and rich or poor. I guess it might sound as a cliche but not when it comes to China.

Day 1 – Settling in Beijing i guess

Arriving in Beijing and getting to the hotel: easy as pie when you have public transportation; subway easy to ride from the airport to any part of the city.

I stayed in the old part of Beijing called Chaoyangmen and it was a treat for the eye. The hotel was perfect in the sense that is had all the necessary amenities and of course it was built in the style of Beijing so you were immediately transported into the atmosphere of the city.

I loved this hotel that it had this cute terrace on the roof and the pavement inside the bar was tempered glass so you could see downstairs into the lobby area. Yes the staff at the bar had difficulties speaking English but they were so kind and smiling all the time as you forgot all about that and managed eventually to communicate with them. Even if you didn’t have your Western buffet with various choices, the menu offered a great selection of ready made plates with English or American breakfast.

As I was saying staff was extremely helpful and they even offered to help with planning my entire stay and book some of the tours. Luckily I had my Chinese friend who did that for me so I refused politely their offer.

But don’t worry if you are not as lucky as I was in having a Chinese friend, Beijing is sure to give you all the chances to spend your money in visiting its beauties. Needless to say to be careful not to get scammed. Hotel tours or the ones on TripAdvisor seem quite safe. So day one was more of where am I staying, what’s the city atmosphere that kind of day. A parallel street to my hotel was my greatest discovery on day one.

Day 2 – The Forbidden City and Temple of Heaven

If you are running out of time and have to choose between the two sights to see make the Forbidden City your priority. But if time is all that you have when you are in Beijing then the Temple of Heaven is definitely something you will reminisce dearly.

The architecture is fantastic and colorful. Used for praying and animal sacrifice for better harvest , the Temple of Heaven contains different areas such as the Hall of Prayer for Good Harvests.

But definitely the attraction of the day was the famous Forbidden City and you would have expected a huge mass of people crowding up at the entrance as holidays as always an opportunity for Chinese to travel and they do travel in big groups all the time! Strangely though beside the security clearance at the gate for the Tiananmen Square where they check your id and your bag, the actual entrance for the Palace Museum was done smoothly.

The Forbidden City hosts what they call the Palace Museum built during the Ming and Qing dynasties. I was surprised to discover that it only took 13 years to built this empire(1407-1420)- Chinese ambition I daresay. It does represent the Chinese dynasties’ grandeur and success in those times.

With 780,00 square meters expect a lengthy and tiresome walk. With many small buildings to see and various rooms to observe the place is unique for what it stands for but also for its incredible architecture and design. I especially loved the colours and the details on each and every edifice.

Definitely the curved rooftops are my favorite with the combination of brown and green and the little dragons decorations the borders. But the flower decoration on the walls give an elegant note to the place and go very well with the lady in the picture who just happened to be there as I was admiring the surroundings.

We spent a good 3 hours approximately admiring this sight but I daresay the souvenir shops were not that well equipped. I have barely found something to buy and found it strange that such a touristic place wasn’t trying to push its way into making more money from visitors. Neither was the entrance fee(about 4 euros if I remember correctly)

What I do advise you about the Forbidden city is to book the tickets in advance as they only allow a certain number of people a day. For foreigners you have two options: either ask a Chinese friend or go on TripAdvisor and book your tickets online. Easy as pie! When you arrive at the gates they will only enter your passport number to check the reservation and you are free to go.

If you visit China you will feel like something is missing if you haven’t seen the Great Wall. As you may know this spectacular creation stretches on 21 thousand km basically a lifetime to see it all🤣but you can choose different scenic spots to get the authentic atmosphere. We chose the one in Mutianyu and we got plenty of the Great Wall atmosphere including the hike till the top, little did I know that was only the beginning!

So after we had to climb a million flight of to get to the actual Wall we discovered that the wall itself was all steep stairs up and steep steps down. Totally worth the fitness session (almost 3 hours back and forth) the panorama from up above this World wonder was breathtaking.

Reaching the end of this part of the wall was extremely gratifying as I had to shout out to my friend (who was almost completely out of breath and energy) “the end”!we have done it and some nosy tourist had to correct me -thinking that I might have thought that was the end of the whole wall- and saying “yeah you only got left the rest of what is the 21 000. I am a bit of a sassy girl when it comes to people like that so I gave him a piece of my sarcastic reply something of a “Oh really?this is not the entire wall?fantastic”🤣🤣🤣 I know I can’t help myself at times.

So after a long day of hiking and intense fitness, all I wanted to do is go back and rest mostly cause I had an early flight to catch.

I left Beijing heart broken that my holiday was so short and couldn’t have stayed at least a week to enjoy this mystical city.

I hope you will enjoy Beijing as much as I did. Safe travels!

Writer and English teacher adores traveling and practicing sports. My motto in life “ my passion is my drive in everything I do”

Writer and English teacher adores traveling and practicing sports. My motto in life “ my passion is my drive in everything I do”