Haleji Lake (ہالیجی جھیل‎) is a perennial freshwater lake in Thatta, Sindh, Pakistan. It is 6.58 km2 (2.54 sq mi) in size and is surrounded by marshes and brackish seepage lagoons. Haleji Lake was a saline lagoon until the 1930s and was converted into a reservoir to provide additional water to Karachi. During World War II, additional water was required for troops stationed at Karachi. The then-British Government of Sindh Province decided to increase the capacity of the lake by introducing a feeder canal from the Indus River. Salt water was drained out and an embankment was constructed around the lake which was fed with fresh water through a canal. The work was placed on a war footing and was completed within 24 months. Haleji Lake is a wintering site for waterfowl such as cotton teal, spot-billed duck, purple moorhen and pheasant-tailed jacana. It is also a breeding site for egrets and herons. 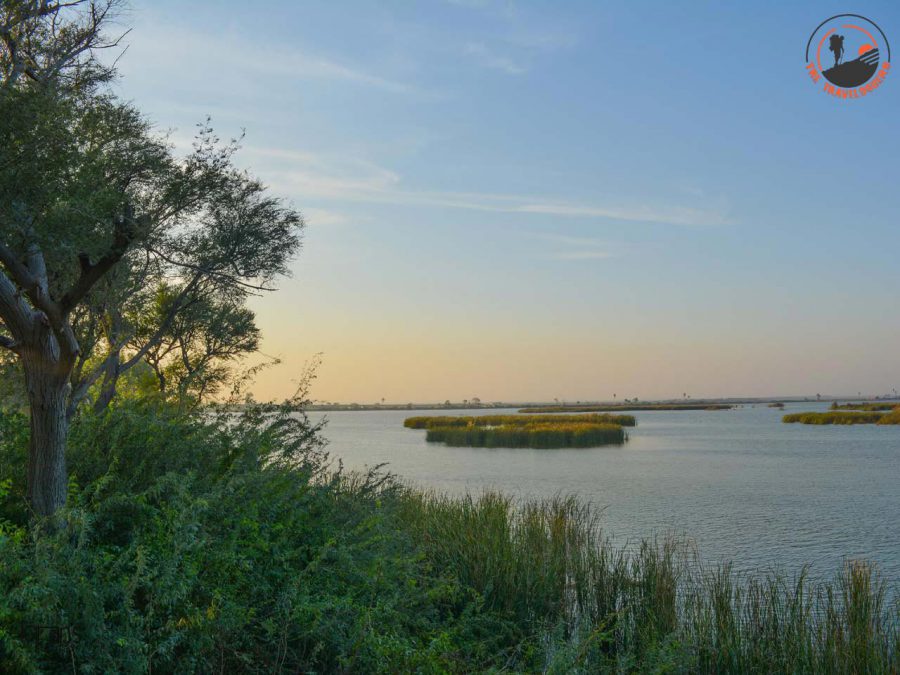 1Islamabad or Karachi to Thatta

By public transport or by personal transport.

Private transport from Thatta or by personal transport.